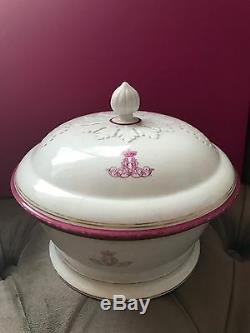 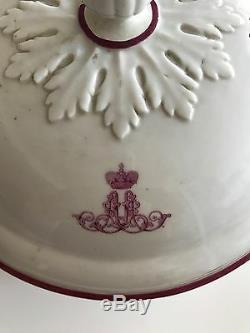 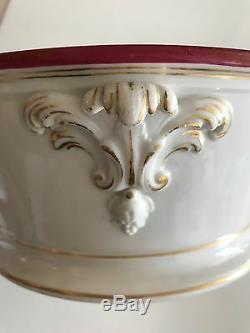 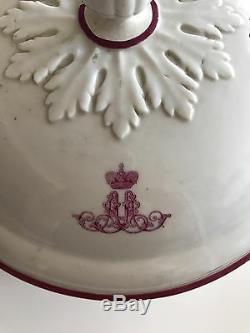 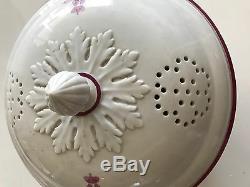 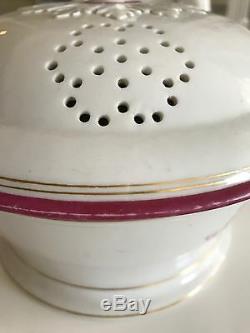 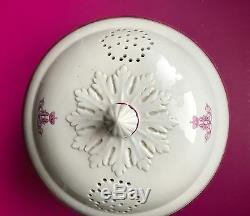 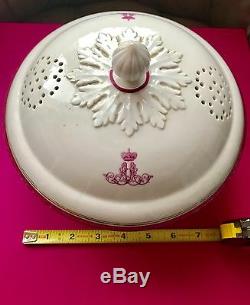 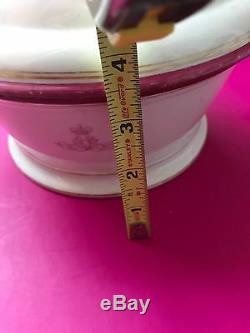 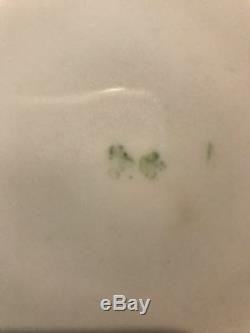 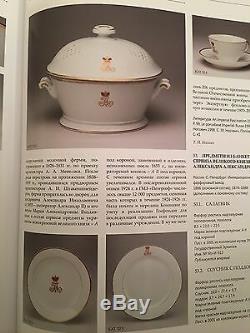 In addition to richly decorated services, and in order to preserve them, the Imperial Porcelain factory created "everyday" services for the imperial kitchens. Simple, utilitarian, with a depiction of the coat of arms of Russia, they were produced with small variations for use in all the imperial palaces. The Imperial Porcelain factory also produced. Which constantly shuttled between Petersburg and Peterhof and were stationed for long periods in the harbors of the Lower Park and Alexandria.

During the nineteenth century - the age when Russian ceramic production flourished - a large number of factories and works were opened throughout Russia. The artistic level of the several private factories was sufficiently high to allow ordering additions from them for services at imperial palaces. This was the case, for example, with the Kornilov Brothers Factory. The quality of these products was at times extremely high and their decorative concepts were not without elegance. However, only the best services of the imperial palaces, prepared at government order by the nation's best efforts, represent the most brilliant examples of Russian decorative art.

LAST PHOTO posted is from the exhibition catalogue of an exhibition currently being held at The Hermitage in St. Petersburg titled "From the Dinner Service Storerooms" showing the service called the Farmer's Service... Referring to the service made for the palace (Cottage) in Peterhof that was the summer residence of Alexander II and his family. Alexander spent much of his childhood there, and loved the place, which began as a working farm but was later reconstructed for the comfort of the Romanovs. The item is exactly similar to ours except for the gilding.. Only 206 pieces remain in the store rooms of the Hermitage.. SOMERS & SOMERS is an internet sales site that specializes in art, books, antiques, textiles, vintage designer clothes, jewelry, and any other wonderful decorative objects that may cross our paths in our travels. Our team consists of trained art historians, interior designers and artists, and we choose our objects on the basis of quality and uniqueness. Many of our items are antiques or vintage, and/or rate as one-of-a-kind pieces. Our books are usually out-of-print, scarce and/or rare editions. The item "RARE ALEXANDER II ANTIQUE RUSSIAN CERAMIC IMPERIAL PORCELAIN SOUP BOWL" is in sale since Saturday, June 16, 2018. This item is in the category "Collectibles\Cultures & Ethnicities\Russian". The seller is "mts1215" and is located in New York, New York. This item can be shipped to United States, United Kingdom, Denmark, Romania, Slovakia, Bulgaria, Czech republic, Finland, Hungary, Latvia, Lithuania, Malta, Estonia, Australia, Greece, Portugal, Cyprus, Slovenia, Japan, China, Sweden, South Korea, Indonesia, Taiwan, Thailand, Belgium, France, Hong Kong, Ireland, Netherlands, Poland, Spain, Italy, Germany, Austria, Bahamas, Israel, Mexico, New Zealand, Singapore, Switzerland, Norway, Saudi arabia, United arab emirates, Qatar, Kuwait, Bahrain, Croatia, Malaysia, Chile, Panama, Jamaica, Bangladesh, Brunei darussalam, Bolivia, Egypt, French guiana, Guernsey, Gibraltar, Guadeloupe, Iceland, Jersey, Jordan, Cambodia, Liechtenstein, Luxembourg, Monaco, Macao, Martinique, Nicaragua, Pakistan, Paraguay, Uruguay, Canada, South africa, Colombia, Barbados, Bermuda, Cayman islands, Sri lanka, Maldives, Oman, Reunion.