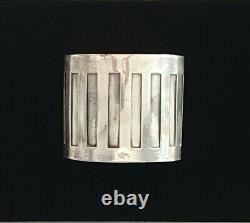 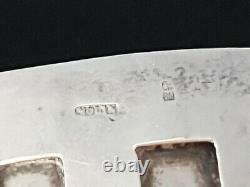 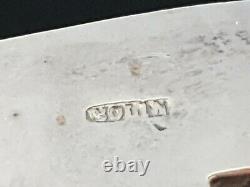 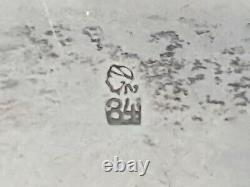 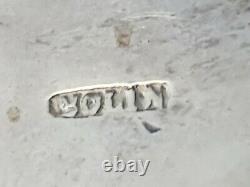 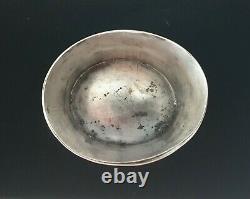 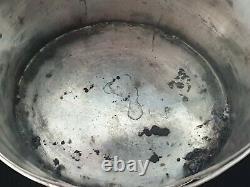 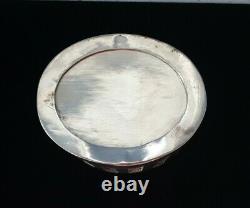 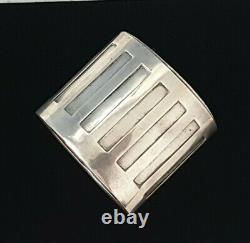 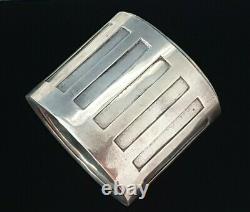 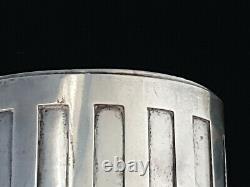 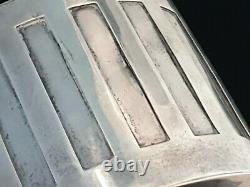 HOUSE of BOLIN Rare Imperial Russian Silver 84 Desk Organizer for writing / office instruments e. Weight is 237.85 grams. Hallmarks for 84 kokoshnik and maker's mark for the exclusive House of Bolin, a famously known competitor to FABERGE. In the form of an oval, inner and outter liners constructed from solid imperial 84 standard silver (0.875). Inner liner is slightly ajar, as pictured.

The House of Bolin in Russian:?????? Is one of the oldest Russian silverware and jewellery firms survived after the Russian Revolution and still run by the founding family. The firm was originally founded in 1796 in St. Petersburg by the father-in-law of Carl Edvard Bolin, Andreas Roempler. Carl Edvard, originally from Sweden, arrived in St. Petersburg in 1833 and when Roempler died he took over the business, joined in 1836 by his brother Henrik Conrad. In 1839 Carl Edvard was granted the title of Jeweller to the Imperial Court and in a few years the company gained an undisputed popularity.

Due to the success of the company in 1852 Henrik Conrad opened a shop in Moscow. Carl Edvard Bolin died in 1864, leaving his part of the company to his two sons Gustaf and Edward. The Moscow branch was taken over by Henrik Conrad's son Wilhelm James Andreevich in 1912.

He worked mainly in the Art Nouveau style, combining fine glass, crystal and ceramics with silver mounts. With the outbreak of the Revolution in 1917 the St.

Petersburg shop was forced to close and much of the firm's stock got confiscated by bolsheviks. However, Wilhelm managed to transfer part of it to Germany and to relocate the company to Stockholm, becoming court jeweller to King Gustav V of Sweden. The firm is still running in Stockholm - held by the descendants of Carl Edvard Bolin - and still supplies jewellery to the royal family of Sweden. Bolin is the major competitor of Fabergé and supplied the Russian and Swedish royals. Among their finest jewellery pieces, it is worth to mention the diamond and pearl diadem made for Russian Grand Duchess Maria Pavlovna and bought by Queen Mary after the revolution, today part of the Royal Collection.

This item is in the category "Antiques\Silver\Non-U. The seller is "galleryoff5th" and is located in this country: US. This item can be shipped worldwide.