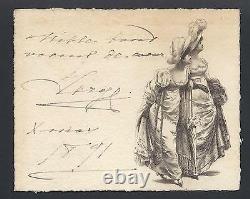 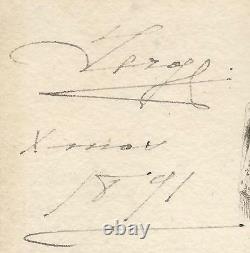 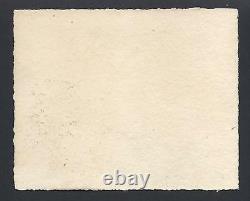 Bibelot is a late nineteenth century word derived from the French word bel beautiful, meaning a small item of beauty, curiosity or interest. The word ephemera is derived from the sixteenth century Greek word ephmera meaning a printed or hand written paper not meant to be retained for a long period of time. He was a son of Emperor Alexander II of Russia and was an influential figure during the reigns of his brother Emperor Alexander III of Russia and his nephew Emperor Nicholas II, who was also his brother in law. Sergei married Princess Elizabeth of Hesse, a daughter of Ludwig IV, Grand Duke of Hesse and by Rhine and Princess Alice of the United Kingdom.

She was an older sister of both Ernst Ludwig, Grand Duke of Hesse and by Rhine and Alix of Hesse, later the Empress consort of Nicholas II of Russia. With the increase of all sorts of radical elements, especially among the students in Moscow, Tsar Alexander III adopted a policy of repression. The Emperor wanted a like mind at the helm of Imperial Russias second city and former capital.

In the spring of 1891, the Tsar appointed Sergei as Governor General of Moscow. He remained at this post until his death in 1905. A conservative even by contemporary standards, his policies made him a polarizing figure. Alexander III died in November 1894 and his son Nicholas II ascended to the Russian throne. The relationship between Grand Duke Sergei and his nephew, who had served under his command in the Preobrazhensky Life Guard Regiment, was close and became stronger with Nicholas IIs marriage to Princess Alix of Hesse, the youngest sister of Sergeis wife. This was a union that Sergei and Elizabeth Feodorovna had helped to promote. The coronation ceremonies of the new Emperor and his wife, as tradition demanded, took place in Moscow and Sergei as Governor General of the City was in charge of overseeing the arrangements. As part of the preparations, Sergei had introduced the novelty of electric light to Moscow.

Towards the end of the festivities, according to custom, every newly crowned Tsar presented gifts to the populace; and on this occasion Khodynka Field, on the outskirts of Moscow, was chosen as a suitable place where the distribution could take place. The choice was questionable, as the field was normally used as a military training ground and was crisscrossed with ditches.

Nevertheless, Sergei, as Governor General approved the plans. Although a crowd of nearly half a million was expected from all over Russia, only one squadron of Cossacks and a small detachment of police were sent to maintain order. Early in the morning of 18 May 1896, families began to gather outside the frail wooden fence that protected the field, watching carts laden with beer, and the eagerly sought after gifts. Suddenly moving as one, that great body of people began to surge forward in the direction of the booths.

As it did so, men, women and children, hundreds of whom had no idea what was happening, fell or slipped on the uneven ground and were crushed and trampled underfoot. Others suffocated in the mayhem. The police, far too few in numbers, were helpless to do much and even the Cossacks when they arrived were unable to stop the catastrophe. One thousand three hundred people, many hideously mutilated and unrecognizable, were killed and twice that number were seriously injured.

While Grand Duke Sergei had not directly participated in the planning for Khodynka Field, he was to blame for the lack of foresight and as Governor General, ultimately responsible. By the end of 1904 Russia had suffered disastrously in the Russo-Japanese War and the country was in turmoil.

As discontent and demonstration multiplied, so did the pressure on Sergei to maintain order. He was of the opinion that only the utmost severity could put an end to the revolutionary ferment, but in the wake of civil disorder Nicholas II was forced to make concessions. Sergei did not support the Tsar's security policies of vacillations and evasions. After thirteen years of service, Sergei resigned from the Governorship on January 1, 1905 and succeeded by Dmitri Feodorovich Trepov.

However, he continued as Commander of the Moscow military district. Following his resignation, Grand Duke Sergei moved to the Neskuchnoye Palace with his wife and two foster children, then shortly thereafter, with surprising suddenness, to the Nicholas Palace within the safety of the Kremlin. This move, caused by the threat of further disturbances in the city, was made under the cover of darkness. On February 15, 1905, the family attended a concert at the Bolshoi Theatre in aid of Elizabeth Feodorovna's Red Cross War charities. A terrorist organization that knew his route had planned to assassinate him that day, but when one of them saw the children in the carriage he thought better of it and decided not to wave the handkerchief which he had agreed to use as a signal to one of the comrades ready to throw the bomb.

In the morning of 17 February 1905, Grand Duke Sergei was in a particularly good mood because he had received from the Tsar a miniature portrait of Alexander III surrounded by gold laurel leaves, as a personal mark of favor from nephew to uncle. After having lunch with his wife in the Nicholas palace, Sergei Alexandrovich left for the Governor General's mansion, where there was still work to do in closing his personal office.

He was unaccompanied because of the possibility of danger, he had refused to take his adjutant Alexei since he was married with small children and he feared for his life. Just before 2:45 p. On 17 February 1905, the carriage of the Grand Duke passed through the gate of Nikolskaya Tower of the Kremlin and turned the corner of the Chudov Monastery into Senatskaya Square. Then, from a distance no more than four feet away and still some sixty feet inside the Nikolsky Gate, Ivan Kalyayev, a member of the Socialist-Revolutionary Partys Combat detachment, stepped forward and threw a nitroglycerin bomb directly into Sergei's lap. The explosion disintegrated the carriage and the Grand Duke died immediately, literally blown to bits.

Deeply affected by the Grand Duke's death, Grand Duchess Elizabeth Feodorovna retired from the world and founded the Russian Orthodox convent of Martha and Mary, where she dedicated herself to the care of Moscows poor and suffering. Grand Duke Sergeis body was buried in a crypt of the Chudov Monastery within the precincts of the Moscow Kremlin. A memorial cross was erected on the spot where he was killed. After the downfall of the Romanovs, the cross was destroyed. Chudov monastery was demolished in 1928, and the Presidium of the Supreme Soviet was built on the site.

The burial crypt of the Grand Duke was located in a courtyard of that building, which had been used as a parking lot. In 1990, building workers in the Kremlin discovered the blocked up entrance of the burial vault. The coffin was examined and found to contain the Grand Dukes remains, covered with the military greatcoat of the Kiev regiment, decorations, and an icon. He had left written instructions that he was to be buried in the Preobrazhensky Lifeguard regiment uniform, but as his body was so badly mutilated this proved impossible.

In 1995, the coffin was officially exhumed, and after a Panikhida in the Kremlin Cathedral of the Archangel, it was reburied in a vault of the Novospassky Monastery in Moscow on September 17, 1995. "One thousand good wishes from the heart Serge Xmas 1891" Size: 11.5 x 9.5 cm approx. Photos form part of the description. The item "Grand Duke Sergei Romanov Imperial Russian Antique Signed Christmas Card 1891" is in sale since Monday, March 12, 2018. This item is in the category "Collectables\Autographs\Uncertified Originals\Historical". The seller is "bibelotslondon" and is located in london. This item can be shipped worldwide.