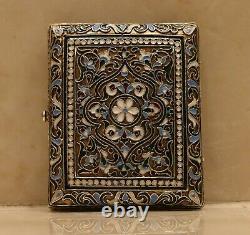 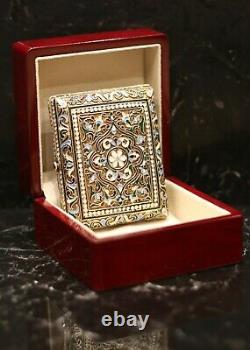 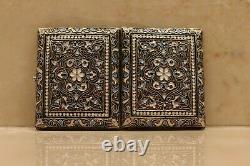 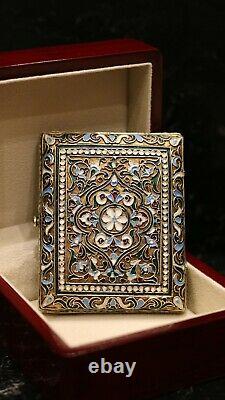 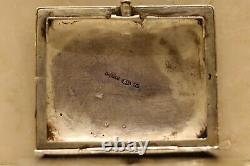 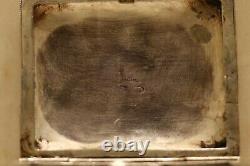 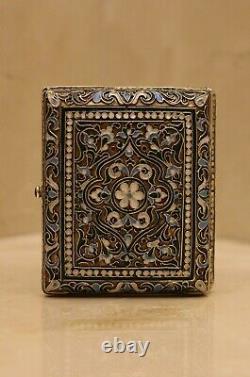 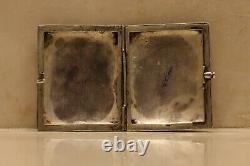 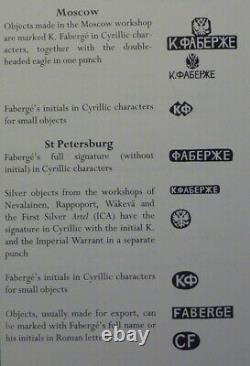 Museum Russian Imperial silver 84 Cloisonne enamel Cigarette Case Snuff Box Moscow. Silversmith here is to the same superb standard as the enamel work just as one would expect from.

The piece is beautifully finished and smooth, it feels lovely in the hand. FABERGE - A BRIEF HISTORY. Peter Charles Faberge was born in Russia, in St.

Petersburg on May, 30th, 1846. His father Gustav, of Huguenot extraction, was an unassuming jeweler who had been independently active since 1841. In 1860, Carl Faberge accompanied his parents on their move to Dresden.

From there his father sent him on a tour of Europe, with stops in Frankfurt, Florence, and Paris. Petersburg by 1866 as a full-fledged master, Carl joined Hiskias Pendin, August Holmstrom, and Wilhelm Reimer, all of whom had been employed by his father. In 1868 a Finnish goldsmith, Erik Kollin, was attached to the firm.

Four years later Carl Faberge took over his father's workshop, with Kollin as his first head workmaster. In 1882, Agathon Faberge joined his brother Carl in St. Petersburg and worked with him for over ten years.

This period was to be the richest and most creative in Faberge's oeuvre, with the quality of objects produced remaining unsurpassed. By the 1890s Faberge had outstripped his competitors in the field of objects and silver and important commissions were undertaken for the Coronation festivities of 1896. Trips made by the Imperial Family to Denmark and to London were a source of excellent business for Faberge, since many of their presents came from his workshops. Fabergé started to punch the double headed eagle on objects produced in Moscow only and marked with the "trade mark"? But no maker's mark but of course with the assaying mark of Moscow.

Petersburg the company used the mark??????? Nonetheless, there were some exceptions. The masters Stefan Wäkevä (SW), Julius Rappoport (IP), Antti Nevalainen (AN) and the 1st silver artel (1CA/ICA) were allowed to punch their mark alongside with Fabergé's mark in St. As mentioned above the court supplier mark was not punched with the??????? There were, however, some special arrangements for the Moscow market.

The mentioned masters punched their mark with the? Mark and the double headed eagle mark and with the assaying mark for St. This was on demand of the Faberge's Moscow customers? There were some other exceptions too, like Varvara Baladanova, Friedrich Rückert, Ivan Saltykov and Maria Semenova. As thousands of new diestamps had to be created, the kokoshnik did not come into full use until early 1899.

Until 1908, the mark consisted of a left facing woman's head in profile within an oval cartouche, she is wearing the peasant headdress traditionally referred to as a kokoshnik. To her left is the standard number and to her right are the assayer's initials which also indicate the assay office. The delineation within the oval is rendered in intaglio.

We try to describe all items accurately and give good visual support through photographs and text. Please check all pictures; they are a major part of the description and best indication of condition. 8.5 cm - 3.34 inch. Width : 7 cm - 2.75 inch. Height : 2.5 cm - 0.98 inch.

This item is in the category "Antiques\Silver\Non-U. The seller is "rare-antique-shop" and is located in this country: JO.