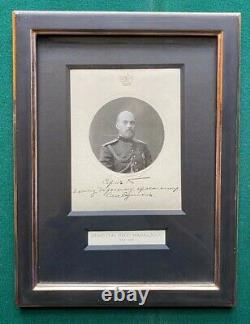 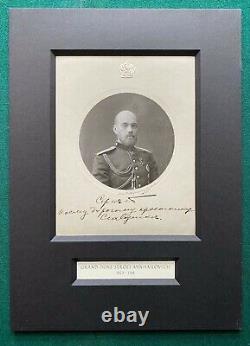 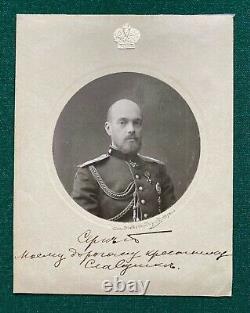 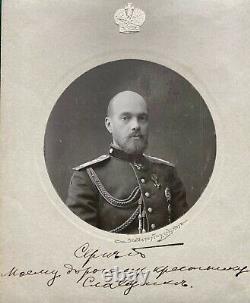 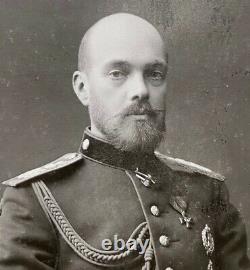 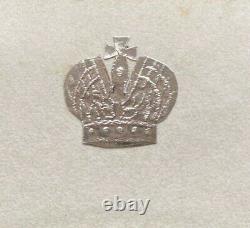 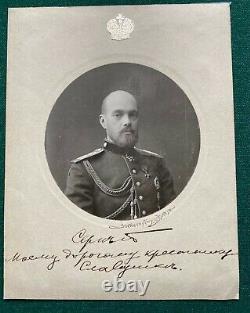 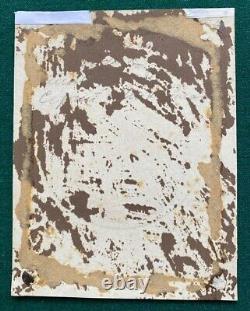 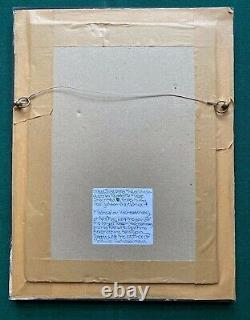 Bibelot is a late nineteenth century word derived from the French word bel beautiful, meaning a small item of beauty, curiosity or interest. The word ephemera is derived from the sixteenth century Greek word ephmera meaning a printed or hand written paper not meant to be retained for a long period of time. It also signed in pencil by the photographer. Housed in an attractive antique style frame. Was the fifth son and sixth child of Grand Duke Michael Alexandrovich and a first cousin of Alexander III.

He was born and raised in the Caucasus, where his father was viceroy. In 1881 the family moved to St Petersburg. He became a close friend of the then Tsarevich Nicholas. They grew apart upon Nicholas II's marriage and accession to the throne.

Grand Duke Sergei remained a bachelor living at his father's palace in the imperial capital. He had a long affair with the famous ballerina Mathilde Kschessinska, who had previously been the mistress of Nicholas II. She was also later involved with Grand Duke Andrei Vladimirovich. Sergei recognized Mathilde's son as his own and remained their protector until his death.

Following family tradition, Grand Duke Sergei pursued a military career. He served as General Inspector of the Artillery with the rank of Adjutant General.

During World War I he was chief of the artillery department, a position he was forced to resign amid controversy. He was then appointed Field Inspector General of Artillery at Stavka. After the fall of the monarchy, he remained in the former Imperial capital keeping a low profile. With the ascension of the Bolsheviks to power, he was sent to internal Russian exile.

He was murdered by the Bolsheviks along with Grand Duchess Elisabeth (Ella), and several other Romanovs relatives and his personal secretary at Alapayevsk on 18th July 1918, one day after the murder of the Tsar and his immediate family at Ekaterinburg. Size of Photo: 19.5 x 16 cm approx. Size of Frame: 37 x28.5 cm approx. Photos form part of the description. The item "Antique Signed Imperial Russian Photo Murdered Grand Duke Sergei Provenance" is in sale since Sunday, November 22, 2020. This item is in the category "Collectables\Autographs\Uncertified Originals\Historical". The seller is "bibelotslondon" and is located in london. This item can be shipped worldwide.