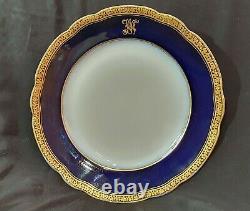 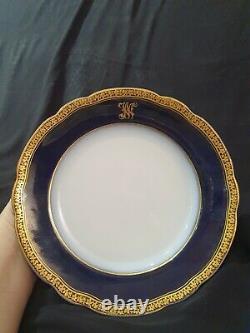 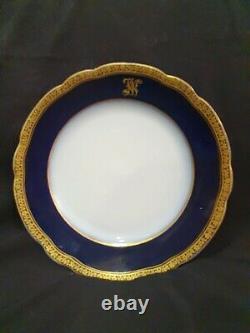 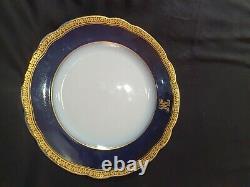 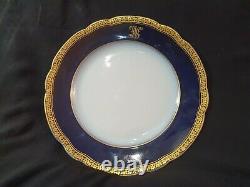 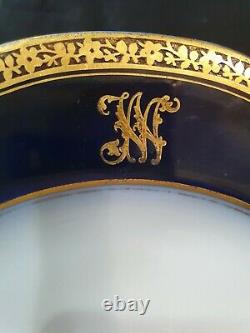 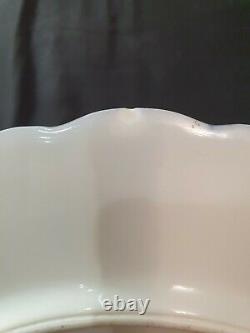 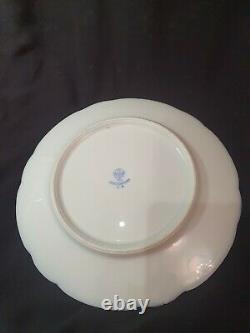 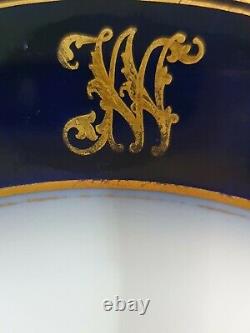 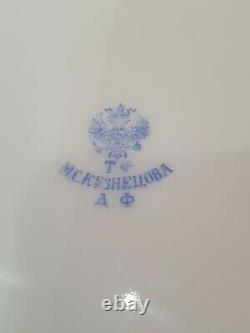 Antique Russian imperial Kuznetsov porcelain plate 19th century. With the monogram of Emperor of Russia tsar Nicholas ll N A. Nikolai Alexandrovich is the eldest son of Emperor Alexander II and Empress Maria Feodorovna. The years of the reign of Nicholas II - 1896 - 1917. I guarantee this is an authentic 19th century Kuznetsov plate.

But I do not guarantee that the plate belonged to Tsar Nicholas 2. This is my personal opinion and my guess. Plate - diameter 21 cm. In very good condition, no cracks, no restorations.

There is one small chip on the back of the plate. All the details are in the photo. Stamp blue, overglaze, before 1917. Factory in Dulevo of M. Porcelain, deep cobalt, gold trim.

Marked - coat of arms in the form of a two-headed eagle of the Russian Empire of the 19th century. 1911, an outstanding industrialist and entrepreneur of the late 19th - early 20th centuries. Founder of "MS Kuznetsov's Partnership for the Production of Porcelain and Earthenware". Apart from European Russia, porcelain and faience of the Kuznetsovs are in demand in Siberia, the Caucasus, the Transcaucasus, Central Asia, Persia, and Afghanistan. Eastern trade deserves special mention.

The partnership constantly participated in all kinds of industrial and art exhibitions. For facilitating Russia's participation in the 1900 World Exhibition, Matvey Sidorovich was awarded a high French award - the Order of the Legion of Honor. Kuznetsov's products were awarded the Gold Medal at the exhibition in Chicago, the Grand Prix at the exhibitions in Reims and Liege. On May 3, 1902, by the highest permission, granted to the MS Kuznetsov Partnership for the Production of Porcelain and Earthenware in Moscow, as long as it is headed by Matvey Sidorovich Kuznetsov, the title of Supplier to the Court of His Imperial Majesty.

By the end of the 19th and the beginning of the 20th centuries, Matvey Kuznetsov became one of the largest manufacturers of the Russian Empire. The item "Antique Russian porcelain imperial KUZNETSOV PLATE monogram TSAR NICHOLAS II" is in sale since Wednesday, July 28, 2021. This item is in the category "Collectibles\Decorative Collectibles\Collector Plates". The seller is "molecules1355" and is located in Makhachkala. This item can be shipped worldwide.