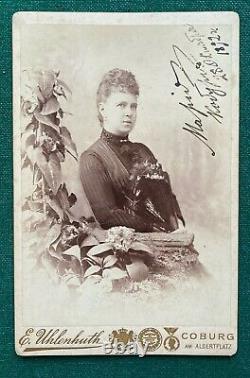 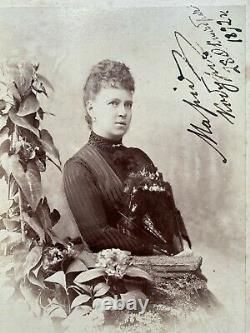 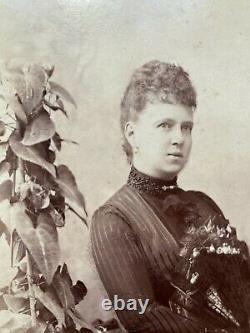 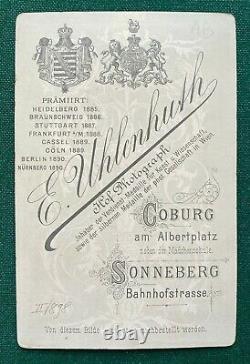 They had five children including Victoria Melita who married Grand Duke Kiril of Russia. For the first years of her marriage, Maria Alexandrovna lived in England. She neither adapted to the British court nor overcame her dislike for her adopted country. She accompanied her husband on his postings as an Admiral of the Royal Navy.

The Duchess of Edinburgh travelled extensively through Europe. She visited her family in Russia frequently and stayed for long periods in England and Germany.

Attending social and family events. In August 1893 Maria Alexandrovna became Duchess of Saxe-Coburg and Gotha when her husband inherited the duchy on the death of his childless uncle. She enjoyed life in Germany, where she became active in cultural endeavours and charitable work. To her daughters she gave every support, but she was critical of her wayward son, who died young in 1899. Her husband died the following year. In her widowhood Maria Alexandrovna continued to live in Coburg. The outbreak of World War I divided her sympathies. She sided with Germany against her native Russia. Her only surviving brother, Grand Duke Paul Alexandrovich, her nephew Tsar Nicholas II and many other relatives were murdered during the Russian Revolution and she lost her considerable fortune. From 1893 until her death, she had the distinction of being an Imperial Russian grand duchess (by birth), a British royal Duchess (by marriage), and the consort (and later widow) of a German sovereign Duke. After World War I, the duchy which her husband and nephew had ruled, ceased to exist in November 1918. Maria Alexandrovna died two years later while living under reduced circumstances in exile in Switzerland. Size: 11 x 16.5 cm approx.