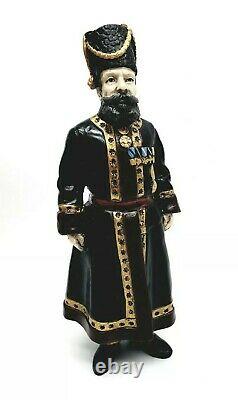 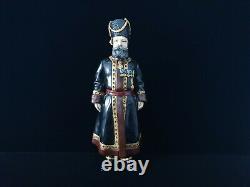 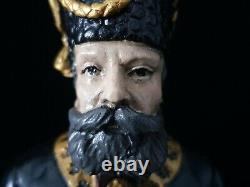 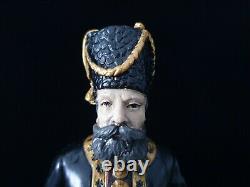 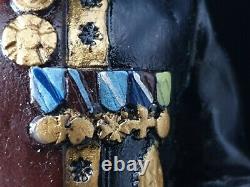 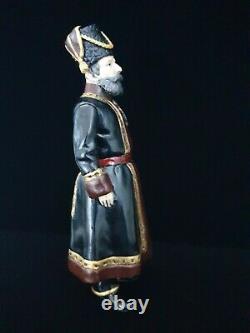 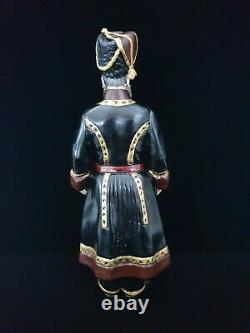 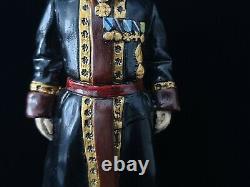 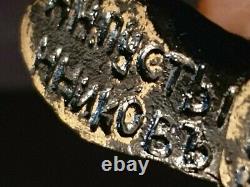 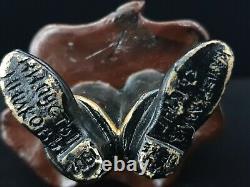 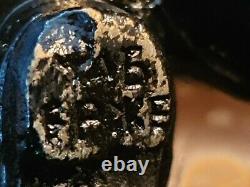 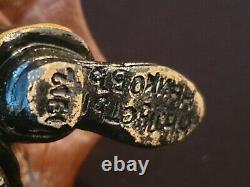 For your consideration is an exceedingly rare and important cast and cold painted bronze as A. Pustynnikov, personal Kamer-Kazak bodyguard of Dowager Empress Maria Feodorovna and Empress Alexandra Feodorovna, in dress parade uniform with badges and medals, the coats trimmed with Imperial eagles, the cockaded fleece hats with gold braid, inscribed in Russian on the heels and soles of the boots'Kamer-Kazak since 1894/A. Kudinov/Fabergé/1912' and'Kamer-Kazak since 1894/N. Likely one of a pair, perhaps of a of kind for this size. The precise origin of this figure, which appears to be a copy of - or models for - the well-known Fabergé hardstone figures of the Kamer-Kazak guards of the Empresses, is something of a mystery.

Commissioned by Emperor Nicholas II in 1912, the hardstone figures were portraits from life, the guards visiting the studio of Fabergé's sculptor Boris Frödman-Cluzel to pose for the artist, who modelled them in wax. The figure of Kudinov remains at the State Pavlovsk Museum inv. This bronze figure may have been produced as a further model, in addition to those in wax, perhaps so that the colour palette could be settled upon, bronze being easier to paint than wax. Fabergé's close affiliation with the Woerffel lapidary and bronze foundry would have easily facilitated this extra step in the process. The item "1912 FABERGE Rare Bronze Imperial Russian Cossack Guard Antique Gold Gilt Enamel" is in sale since Friday, August 6, 2021.

This item is in the category "Antiques\Silver\Non-U. The seller is "galleryoff5th" and is located in New York, New York. This item can be shipped worldwide.